Regardless of your budget or price range, there is an Amazon Kindle to satisfy your e-book reader desires. Since its first iteration in 2007, the product has gone a long way. Its price has significantly gone down as well. At this time, it now has a tablet variant that can do way more than just opening e-books and magazines. Nevertheless, it remains true to its purpose – to awaken the book lover in each of us in the digital age.

With the exception of the Kindle Fire and the Kindle Fire HD, all other models feature an E Ink electronic paper display. This technology is capable of mimicking paper that’s being used in books and periodicals. Kindle also features unlimited cloud storage for all content purchased from Amazon. In some countries, units that are 3G-capable can access Amazon’s 3G “Whispernet” free of charge. Whispernet allows browsing through and purchasing from the store’s online catalog. 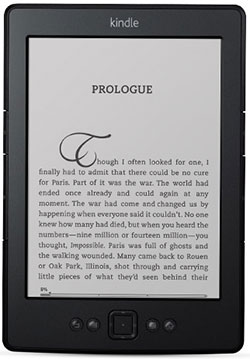 For as low as $69, you can now own an ad-supported version of Kindle. “Ad-supported” means that “Amazon Special Offers” will be displayed at the bottom of the screen or during times when the device is idle. It’s really not as intrusive as you’d think. There’s definitely no pop-up window when you’re readHoweverook. Even so, you can upgrade to an ad-free version by paying $20 to get rid of the ads. If you just want the e-reader functionality without all those extras found in tablets, then this is well suited for you. 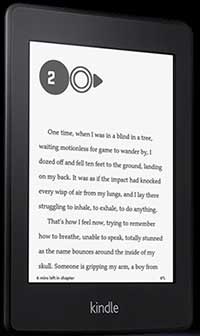 At this price range, the Kindle Paperwhite is the best bang for your buck if you are after an E Ink display. It also comes with built-in light that you can adjust manually or turn off completely. At the time of this writing, dimming/illumination issues have already been addressed via a firmware update. Currently, the cheaper ad-supported version ($119) is only available in the United States. International customers will have to fork out $139 for the ad-free version. Wi-Fi + 3G variant costs $179 (ad-supported) and $199 (ad-free). 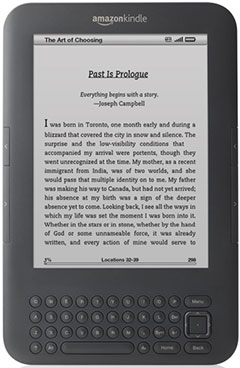 At $139, the highly rated Kindle Keyboard 3G (ad-supported) is a great compromise between the regular Kindle and the Paperwhite version. It isn’t touch screen but makes up for it via a built-in QWERTY keyboard. It also has stereo sound which allows for Text-to-Speech translation. The ad-free version costs $159. 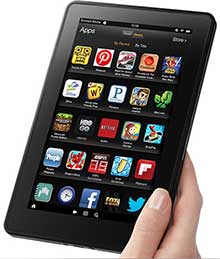 If you’re looking for a full color display, then the Kindle Fire can be had for $159. It’s an entry-level Android tablet with a mediocre 1024×600 screen resolution and a 7-inch screen. It surely serves more than its purpose if you just want an e-reader. Should you also require the occasional browsing or listening to music activities, then the Fire should be good enough. The Kindle Fire HD improves on the previous model with a 1280×800 screen resolution that supports 720p high definition videos and dual driver stereo speakers that support Dolby Audio. It costs $199 (16GB storage). 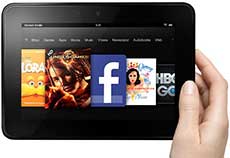 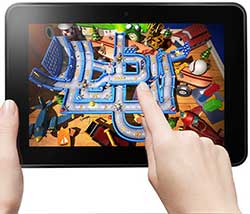 At this price point, you can have Amazon’s top offering – the 8.9-inch Kindle Fire HD tablet. Both models can support full HD 1080p resolution and can perform slightly faster than their 7-inch counterpart. They pretty much have the same specifications as the 7-inch model apart from the higher CPU clocks and 4G LTE support. The 4G LTE Kindle Fire HD is priced at $399 while the Wi-Fi version costs $269.